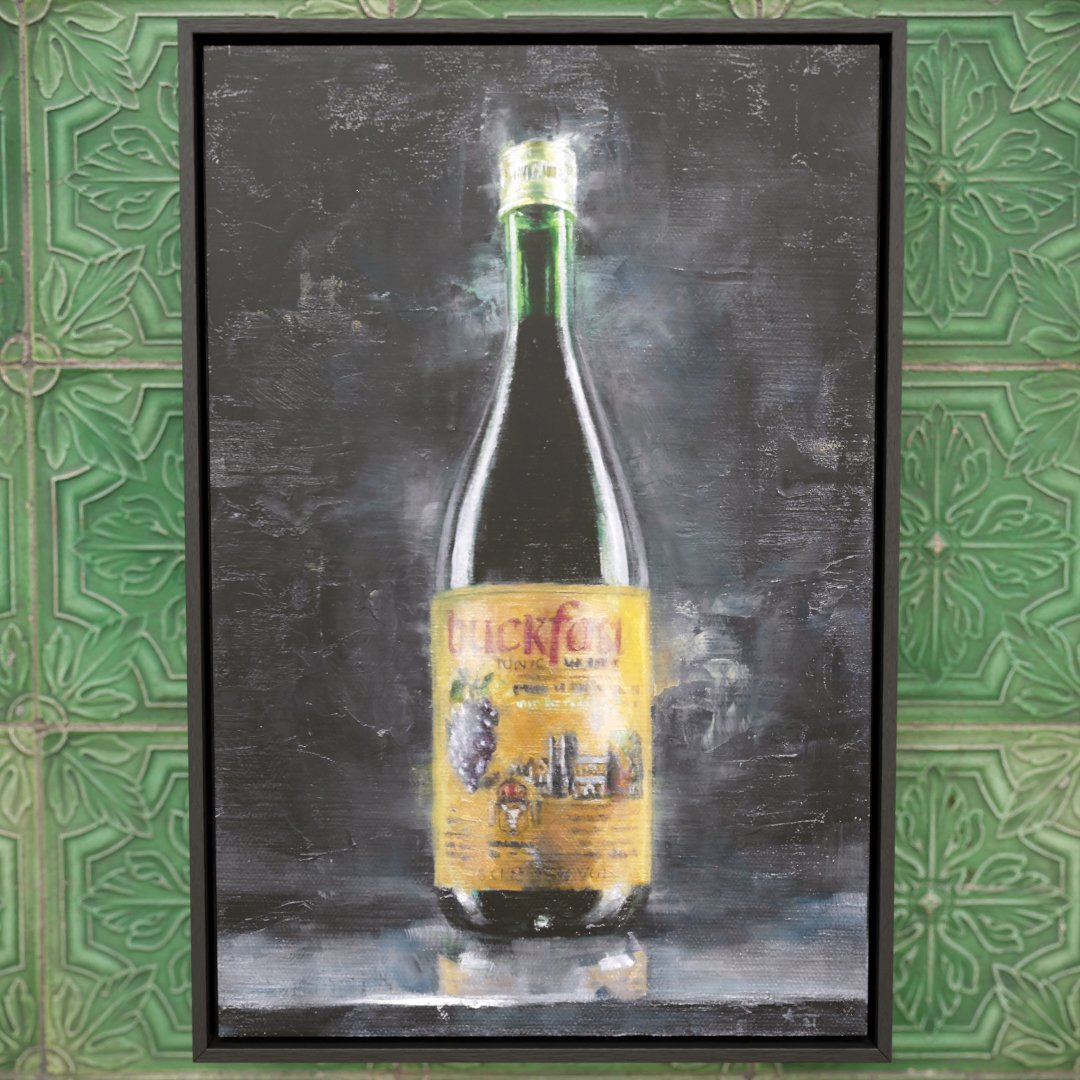 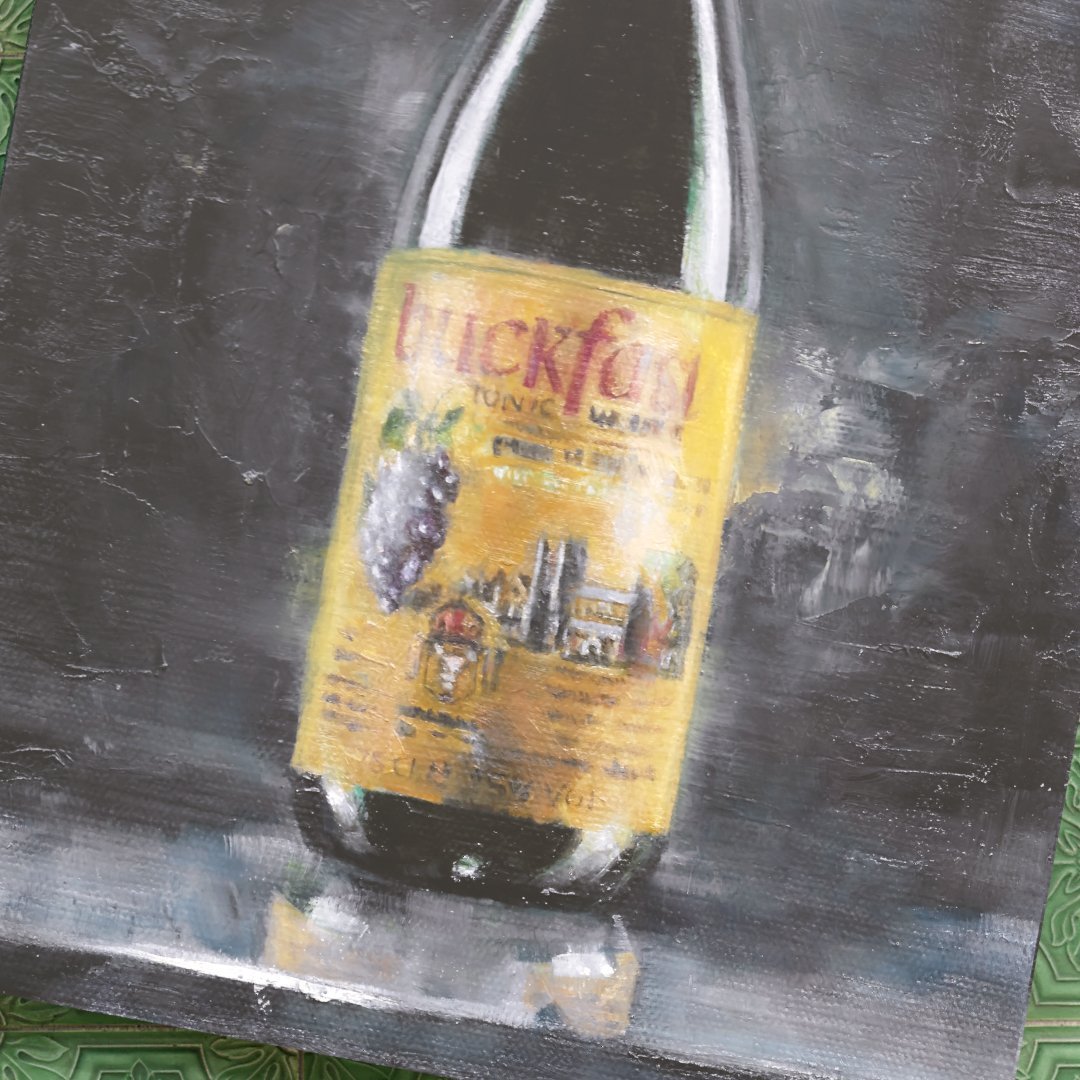 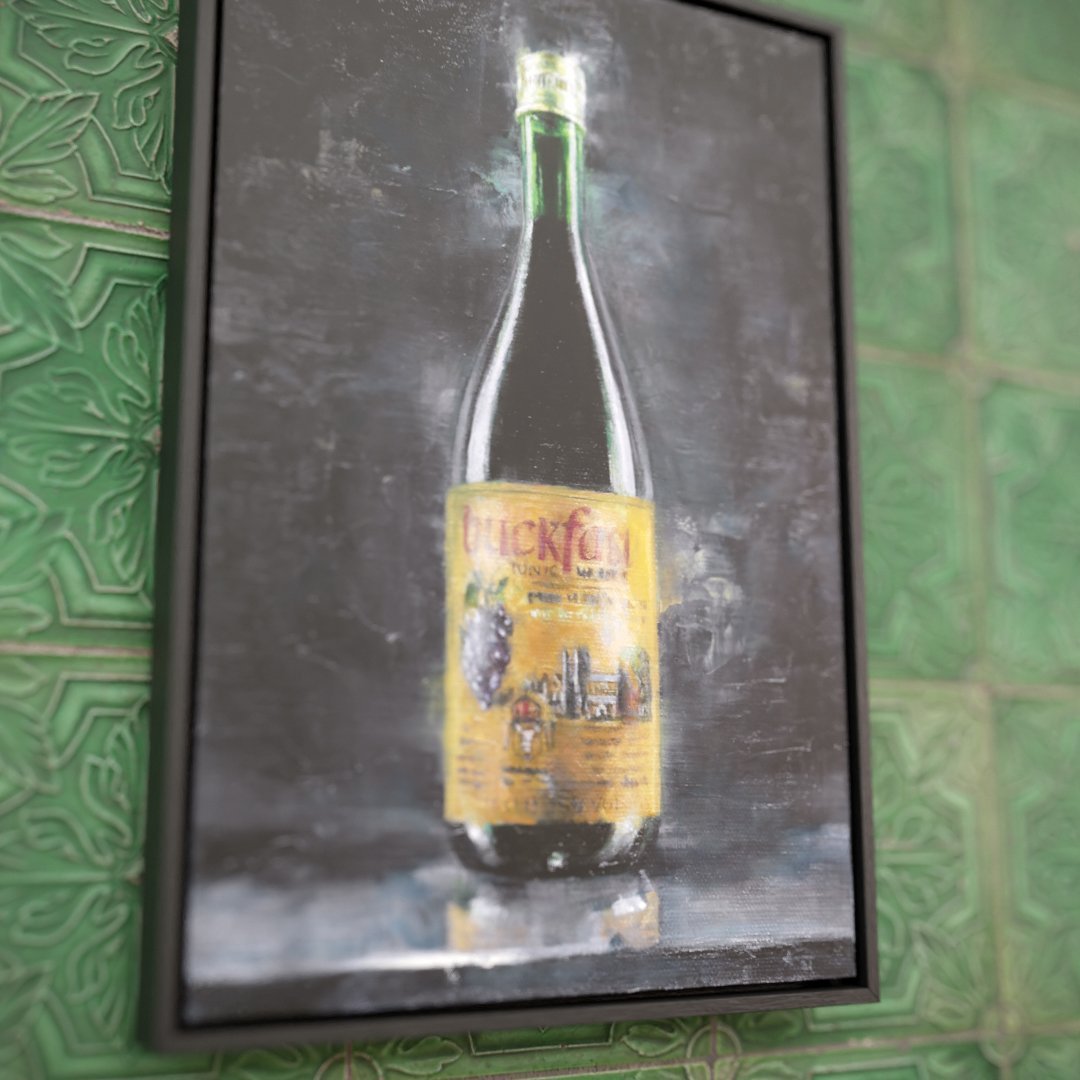 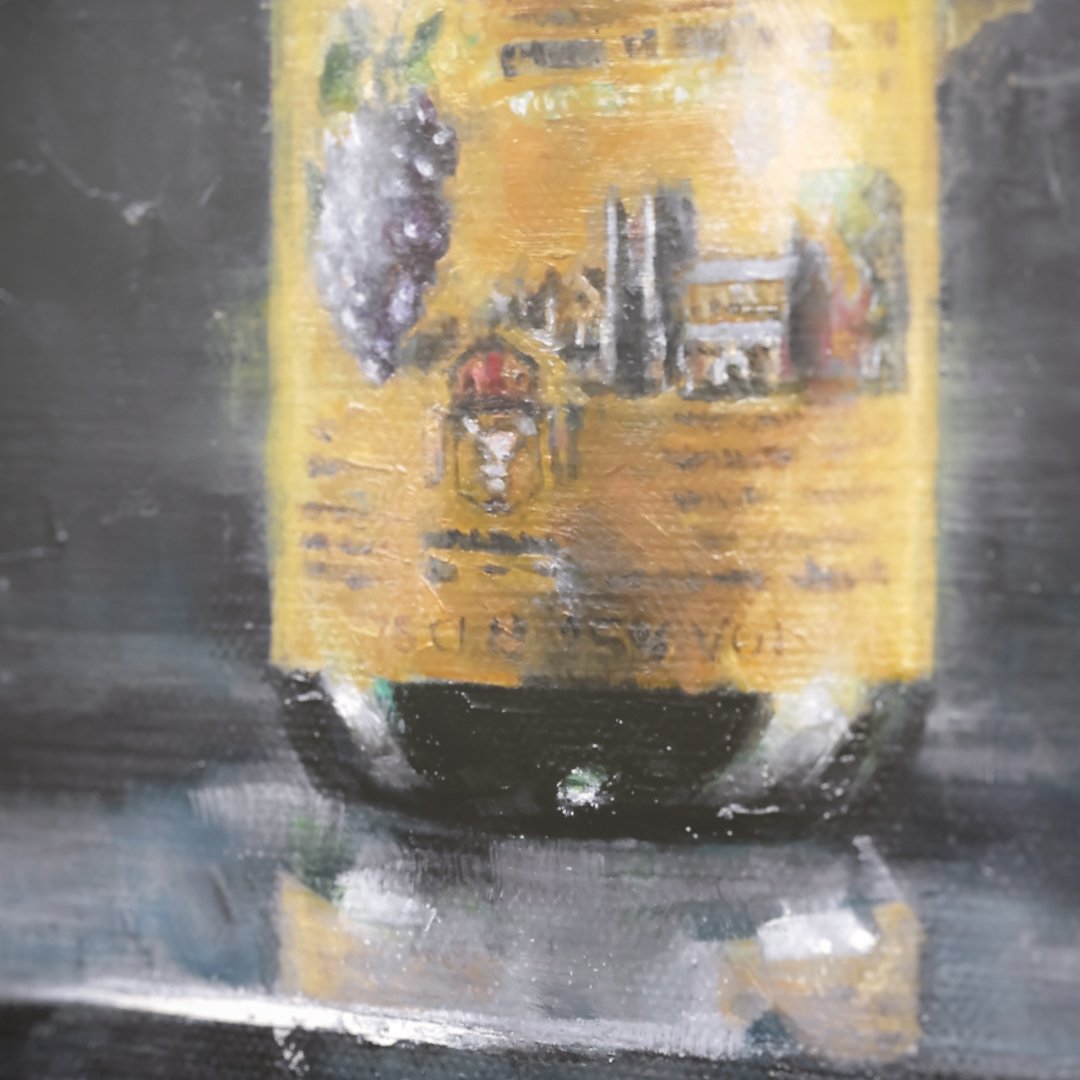 Oil on board 20X30cm painting of a bottle of Buckfast Tonic Wine.

Oil on board 20X30cm painting of a bottle of Buckfast Tonic Wine.

The drink has been associated with underage drinking and violent crime, particularly in the Glasgow area of Scotland. A Freedom of Information request in 2013 revealed that Buckfast was mentioned in Strathclyde police reports on average 8 times a day. The drink has very high caffeine content, with each 750 ml bottle containing the equivalent of about eight cans of cola. A diet of four bottles a day has recently been described as 'not conducive to a long life' in a Scottish court.